The Kanata North Business Association are requesting proposals to support a feasibility study for a new autonomous vehicle transport network that will connect and feed the Kanata North technology park to the City of Ottawa Light Rail Transit (LRT) Network.

As released in the Association’s 2018 Economic Impact Assessment report, the Kanata North technology park provides a significant and fast growing economic and employment impact to Ottawa, Ontario and Canada.

Plan A would involve establishing: 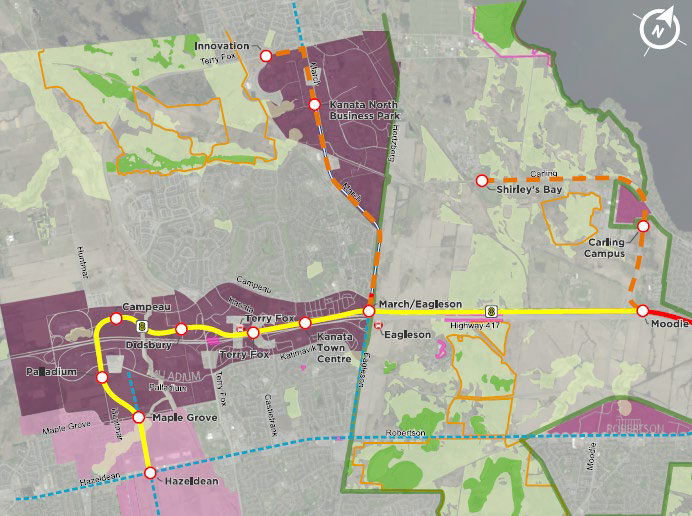 Plan B is similar Plan A, with an added autonomous connection between the Shirley’s Bay facility and March Road. 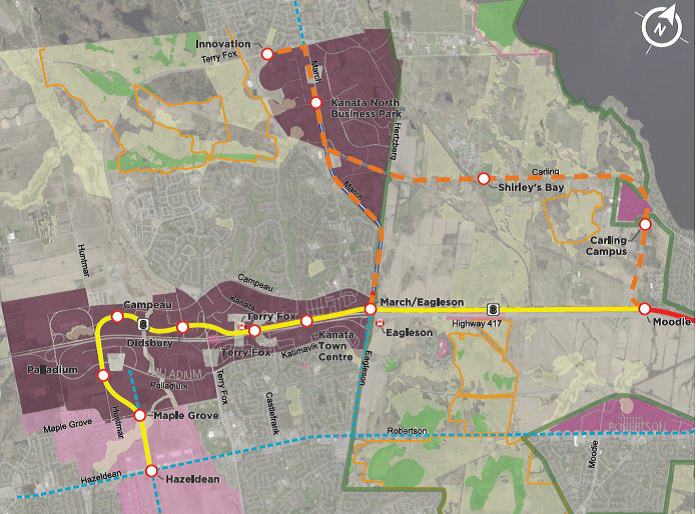 A business case will be required including a needs assessment and planning context to identify benefits including:

Recommendations of the feasibility study will need to include:

Both Plan A and Plan B would need to compare the pros and cons of these options including:

Consultation with stakeholders, including various City departments will be required in order to help review assumptions and advise on policies and requirements, as well as City projects in the area.

Representatives from the business and technology sector in Kanata North would be involved in the consultation process.

Consultations would pose questions such as;

The Kanata North Business Association will accept proposals beginning October 5, 2020 and ending October 19, 2020. A selection of a successful candidate will be anticipated by November 1, 2020.

The Kanata North Business Association are proposing to begin the project in mid-November 2020 with a targeted deliverable by January, 2021.