Ottawa and Kanata received some great news this week with the announcement made by Ford Motor Co. and their plans to invest $1.2-billion in Canada, and create Ottawa R&D centre. The Ontario and federal governments will contribute $102.4-million each to help finance the projects.

The new Research and Engineering Centre, will focus on infotainment, driver-assist features and autonomous vehicles, and is rumored to be built in Kanata near the QNX offices. There are plans to  hire 295 engineers, who will work on developing autonomous and connected vehicles. Ford will establish satellite engineering centres in Waterloo, and Oakville, ON, the site of a Ford assembly plant and Ford Motor Co. of Canada Ltd. headquarters.

The establishment of the centre in Ottawa is another major boost for automotive research in Ontario, which has traditionally been a location for vehicle and parts production by the Canadian units of the Detroit Three auto makers while research and development for North America was performed almost entirely in Michigan.

Many of the engineers for the new Ottawa research centre will come from BlackBerry Ltd., representing most of its remaining smartphone-hardware employees. No workers will move from BlackBerry’s QNX division, which provides operating systems for assisted driving and infotainment technology used by Ford.

The focus of the research will be on connectivity, said. “Having an engineering centre working on connectivity is really one of the prime areas of growth in the auto industry,”  as Mr. Joe Hinrichs, president of the Americas for Ford, points out.

Global auto makers and their parts suppliers are spending billions of dollars developing autonomous and connected vehicles – in part to pre-empt potential challenges by tech giants Apple Inc. and the Google division of Alphabet Inc. See video and original article in Globe and Mail.

“Autonomous vehicles require software that is extremely sophisticated and highly secure,” said QNX Chief Executive, John Chen. “Our innovation track record in mobile security and our demonstrated leadership in automotive software make us ideally suited to dominate the market for embedded intelligence in the cars of the future.”

In December Prime Minister Justin Trudeau attended the launch of the Autonomous Vehicle Innovation Centre (AVIC)  at the BlackBerry QNX headquarters on Farrar Rd, in the Kanata North Technology Park. 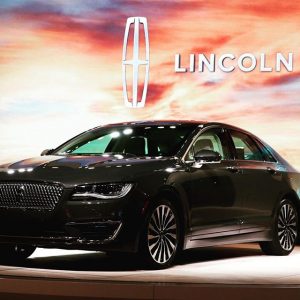 ith the opening of its innovation centre in Ottawa, BlackBerry is helping to establish our country as the global leader in software and security for con
nected car and autonomous vehicle development,” Trudeau said. “This centre will create great middle-class jobs for Canadians, new opportunities for recent university graduates, and further position Canada as a global hub for innovation.”

BlackBerry QNX was approved by the Ministry of Transportation of Ontario on November 28, 2016 to test autonomous vehicles on Ontario roads as part of the provincial government’s autonomous vehicle pilot program. The company plans to test Ford Motor Co (F.N) Lincoln vehicles with autonomous features on Ontario’s public roads.  They also inked a deal to work directly with the Detroit-based carmaker as it works to get fleets of robot ride-sharing vehicles to market by 2021. Read more in CBC report “Switching gears”.

As the industry evolves from connected, to automated, and ultimately to autonomous driving, the electronic architecture of the car will fundamentally change from having more than 100 disparate electronic control units (ECUs) distributed throughout the car, to a dozen or so domain controllers. BlackBerry QNX has developed a flexible foundational technology platform. Find out more.

With QNX being located here in Kanata, and  being a dominant player across the world in automobile software systems, it’s quite exciting times for our business community!  Read how Kanata North is Leading the Charge on Self-Driving Cars. #SeriousTechLivesHere